Formerly Mark's Work Warehouse, the newly rebranded Canadian retailer 'Mark's' has launched its new store concept in cities across Canada. Local Laundry is proud to be sold in five Mark's locations in Calgary, one in Edmonton and most recently in Victoria, B.C.

Canadian clothing retailer Mark’s has launched a new mall concept store in Calgary’s CF Market Mall that it plans to roll out to other Canadian cities.

“The overall concept would be seen as functional, genuine and authentic and you’ll see that through the fixturing, the materials, the graphics, the lighting and even the technology that has been incorporated to enhance the customer journey and the overall experience,” said Deborah Delaney, Associate Vice-President (AVP), Store Design and Construction.

“In our typical stores, I think you’ll feel a bit of a warehouse feel and a bit more of an industrial ambiance whereas this store in particular we wanted it to feel more familiar, more comfortable, more easy to shop. We really wanted it to feel like a friend was speaking to you through the signage for example than a retailer. There’s also quite a difference in the product assortment. So beyond the design itself the product assortment is extremely curated.”

While a regular store has a wide variety of products, the new mall concept store’s focus first is jeans and footwear and the rest of the assortment is built around that. Another big change from the typical Mark’s stores is the service level.

“Our standard stores are very much a self-serve environment and this store is all about creating a personalized, one-to-one full-service environment. So the sitting rooms are completely re-designed with some really great sitting room call buttons that are plugged into the technology that the staff are wearing. We’ve got cell phone chargers in there too. Our footwear wall is another big piece that’s really different. It’s completely self-serve in the standalone stores and in our mall concept stores it’s completely full serve,” said Vallance-Morin. 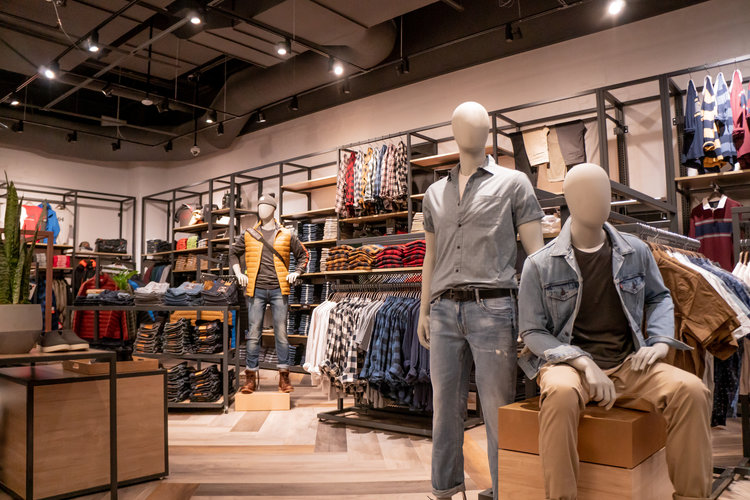 Vallance-Morin said one of the reasons for the new mall store concept is to increase productivity. The retailer realizes it has to do more in less space. The new concept is going to help it achieve that.

The company is also shifting the perception of the brand.

“We know a lot of people outside of Mark’s still know us for being a work wear retailer. And we really want to shift that so people think of us for the casual categories. Jeans and footwear, first and foremost,” she said.

The new concept is also a way to attract a new customer.

“We’ve got a really great customer base that know and love us for what we’ve been for the past 40 some years but we need to attract a new customer to the brand to ensure growth,” said Vallance-Morin.

Delaney said that two years ago Mark’s did a rebrand to Well Worn to attract new customers. There were pop-up shops in Calgary, Toronto and Nova Scotia.

“It was shifting the perspective of the landlord too,” said Delaney, “because they typically don’t want workwear within their shopping mall. So when we did these pop-up shops, we earned a bit of street cred with these great landlords. With Cadillac Fairview. So the relationship built from there.” 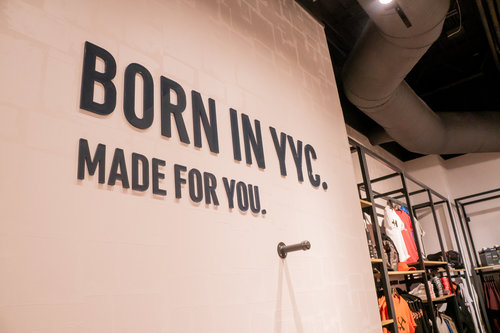 So why was the launch of the new mall store concept in Calgary?

“What better place to launch something like this than the place where it all began,” said Delaney.

She said the new stores are being built in shopping centres at Hillside in Victoria, at Laurier Quebec in Quebec City, and at St. Laurent in Ottawa. Victoria will open later this year with locations in Quebec City and Ottawa opening early next year. 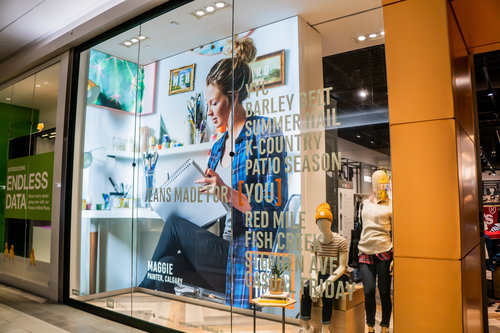 The company is thinking of perhaps 10 of these stores across the country but that’s dependent on real estate and future plans.